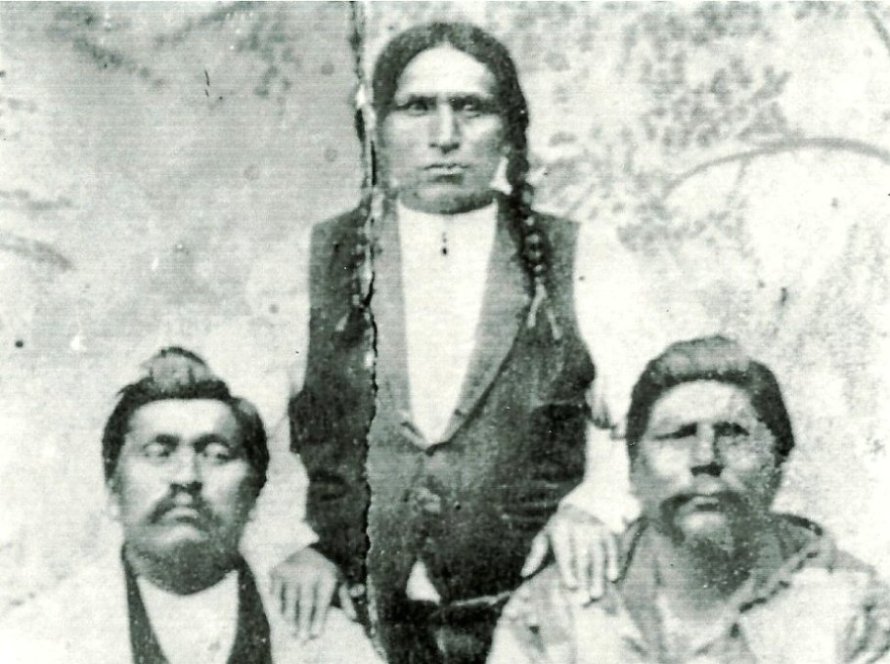 Enoch was first called Elk Horn Springs by travelers along the Spanish Trail. In May of 1851, Joel Hills Johnson was sent from Little Salt Lake City (Parowan) to explore the Coal Creek Valley and Iron Mountain, where he founded Johnson Springs, now called Enoch. Along with his contributions of settling numerous communities throughout the nation and Southern Utah, Joel's greatest accomplishment was writing over 1000 poems and songs of faith, frontier life, friendship and freedom, earning him the title 'Shakespeare of the West.' His most famous hymn known world wide is High On The Mountain Top, while an early poetic prayer proved equally momentous with the following lines.

"O Father give me pow'r to write, When unto thee I look, A thousand songs I would indite, And pen them in a book. I would not then be satisfied, I'd write ten thousand more, To spread his glory far and wide, His praise from shore to shore. When here on earth my praise is shown, I then would soar above, In all the worlds to us unknown, To sing a Savior's love."

In July 1853, Walker’s Band made war against the inhabitants of the territory. The families at Johnson’s Springs moved to fortified posts in Cedar and Parowan. In late 1853 and 1854, Fort Johnson was built as an Indian Mission, a Sugar Plantation, a Cattle Stockade and a Dairy.
The Fort became a recreation center with large POW WOWs held in the meadow to the North. Settlers attended the POW WOWs with their native friends and exchanged music and dancing. Young boys were often upset when they were put in with the papooses so as to be out of the way of the dancers. Lifelong friends of the Fort were Paiute boys named Squint, Curly Jim, Merricats, Tomat, Comanch and Captain Pete.

By 1914 when the Old Church and Cultural Hall were built, Enoch had great dance and orchestra traditions many of which came from the wonderful events at the Fort. The Old Church was built as a chapel and cultural hall in the same space. On Sundays the benches were placed in rows for worship services. On other days the benches were moved to the sides to make way for community dances accompanied by the Enoch Orchestra.
When the community outgrew the Old Church and Cultural Hall, a Chapel was added in 1952. This created new space dedicated for Sunday services with the Old Church section used primarily as the Cultural Hall.
References:
Enoch City General Plan - Historical Profile, pgs. 43-45
Life and Works of Joel Hills Johnson, pgs. 37-39
Enoch History, Lillian Adams Grimshaw
My Treasured Memories of Enoch, Ina Grimshaw Richardson
Orchestra Tribute, Verda Jones Matheson & Marva Jones Armstrong

100% Sunday at the Old Enoch Church

Some residents still remember the Cultural Hall with its rhythmic community dances and its thrilling Enoch Orchestra. The receptions, farewells and road shows brought out the neighbors of the entire valley, seeking refreshment and reprieve from the loneliness of the land.


True friendship is a treasure, And of the greatest worth,
And gives the sweetest pleasure, Of any gem on earth.
Oh may its chains forever, Our joyful hearts entwine,
And we will thank the giver, Of blessings so divine.
--Joel Hills Johnson, Founder of Enoch